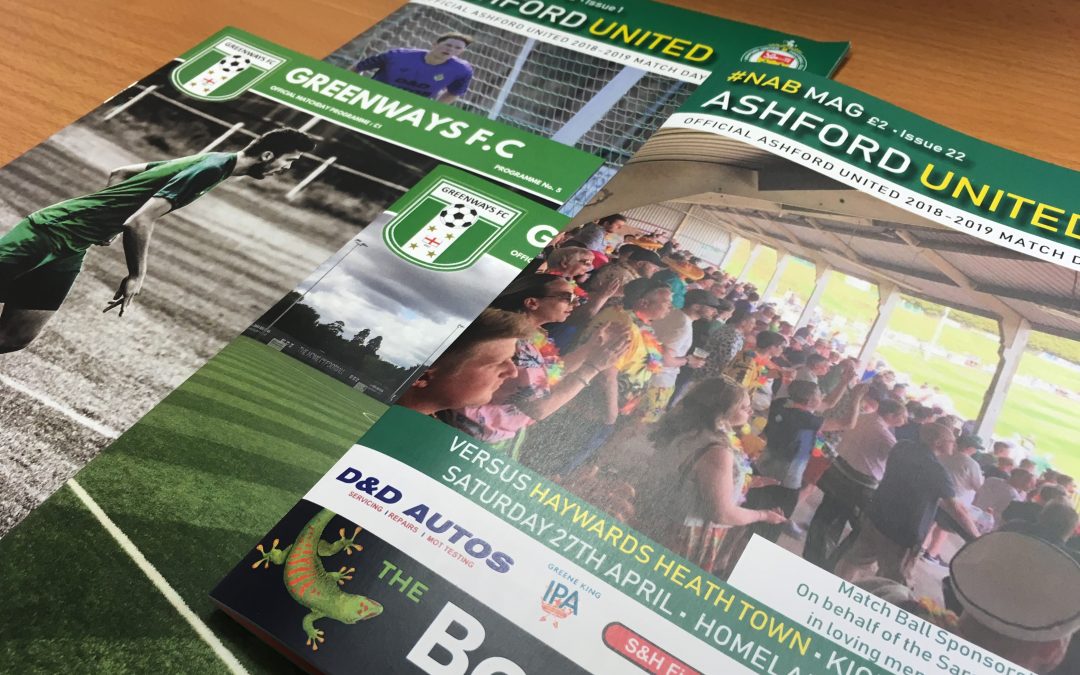 We’re delighted to read that two of our regular printed jobs have recently been recognised for awards.

We have had the pleasure of printing the match day programmes for both Ashford United Football Club and Greenways Football Club for the 2018-2019 season, and both publications have been recognised for their quality of content and looks.

Greenways’, the side based in Aylesford, have won the award for the best programme in their division (The Southern Counties East Football League Division 1).

Ashford United’s programme, as well as winning the best in their division (The Bostik League South East Division), managed to finish in the ‘Top 40 in Non League Football’, finishing joint 22nd, beating the likes of Salford City who just gained promotion to The Football League.

The Soccer Club Swap Shop programme awards have been around for over 10 years, and it’s a great accolade for both football clubs involved, as well as ourselves!

Congratulations to Don Crosbie of Ashford United and Rob Jeffrey of Greenways!

You can find out more about which cookies we are using or switch them off in settings.

This website uses cookies so that we can provide you with the best user experience possible. Cookie information is stored in your browser and performs functions such as recognising you when you return to our website and helping our team to understand which sections of the website you find most interesting and useful.

Strictly Necessary Cookie should be enabled at all times so that we can save your preferences for cookie settings.

If you disable this cookie, we will not be able to save your preferences. This means that every time you visit this website you will need to enable or disable cookies again.